A definition of Arbitrage

In basic terms, arbitrage is the practice of buying something at one price, then selling it most often immediately afterwards at a higher price via an alternative market. Arbitrage itself comes in many forms, but in all cases the concept remains the same – financial gain through this difference in price. Arbitrage is an essential part of capitalism and occurs throughout the world economy, being a necessary component of a wide variety of commercial transactions. In a supply chain, for instance, goods are produced at one price then sold elsewhere for a higher price. 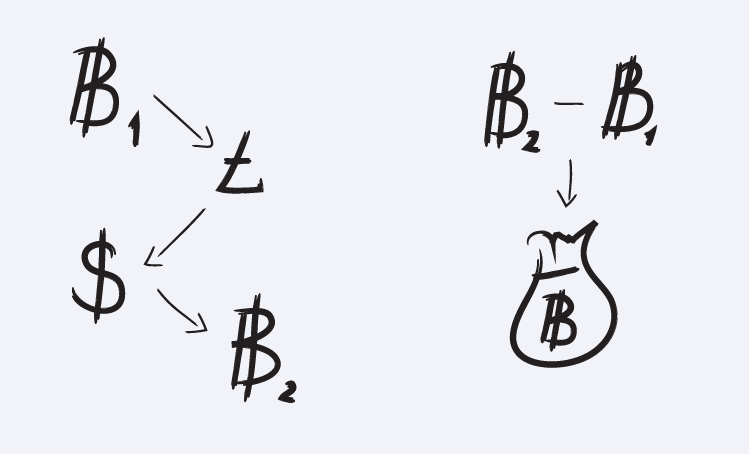 A successful arbitrage formula requires the original cost and any associated costs, such as management, physical support, etc., to be recouped within the higher selling price. This informational document will concentrate solely on arbitrage as it is found on the cryptocurrency market, principally between exchanges and other markets.

Why is arbitrage needed?

Arbitrage is necessary throughout the global economy and opportunities for its use are constantly being created. The ability to capitalize from selling through different markets comes as a result of market inefficiency as a whole, allowing profit to be made. The more arbitrageurs at work, however, the less profitable the process becomes, which in turn benefits the market. Profitable opportunities are often scarce in practice, and competition within the arbitrage sphere is a standard occurrence.

Skills of the trade

To perform arbitrage successfully, one needs to be able to think strategically. Even simple models such as selling wholesale goods at a higher rate elsewhere can easily become unprofitable if not strategically managed, or carried out within a particularly competitive market. To begin with, it is essential to know the behaviour of the market involved: acceptable price differences, fluctuations and arbitrage activity. Risk assessment and hedging are vital, as very few markets remain stable and constant for longer periods.

Arbitrage and the Bitcoin environment

Like any fledgling economy, Bitcoin holds opportunities for arbitrageurs. However, due to price stabilization in recent times, the possibilities for ‘easy’ arbitrage model are a lot scarcer than they once were. 30% return on investment, commonplace prior to Mt. Gox’s demise, is now a thing of the past. Nowadays, moving coins between wallets takes time while opportunities, due to similar exchange rates across the market, do not last long. Despite this, the principle behind arbitrage has of course remained the same.
The potential for latency to disrupt profitability is known to competitors, who use faster-confirming altcoins to move funds between exchanges if required to protect an opportunity. Nonetheless, the risks are still substantial. Arbitrage still involves minutes of waiting for transactions to be confirmed, a reality to bear in mind when compared with Wall Street, where the waiting is over in less than a second.

Next time we will focus on concrete arbitrage technics and their pro et contra.